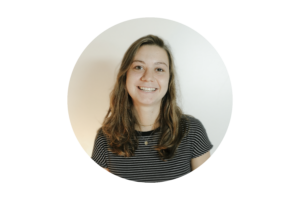 Elien Op de Beeck is a student in communication sciences at the Free University of Brussels, with a Major in Media, Journalism and Politics. Elien has a passion for writing and alternative media making. She is fascinated by differences in people’s personalities and cultures, and is determined to discover these differences and integrate them into her works. By travelling around the world and really integrating into new cultures, as well as by surrounding herself with different people from different backgrounds, Elien seeks to widen her knowledge and explore alternate ideas. As a researcher for The School, Elien conducts interviews with the diverse residents of Maison Florida to capture everything that happens in and around the organization. Writing articles for both The School and Cuckoo Media, Elien positions herself as a true journalist in prospect.

Moreover, Elien is interested and intrigued by larger societal issues such as gender inequality and racism. By following a postgraduate training in international cooperation’s, Elien seeks to further explore these issues so she can use her findings in her future profession as a journalist.